Breaking News: Trump fights back against DOJ in dispute over classified records 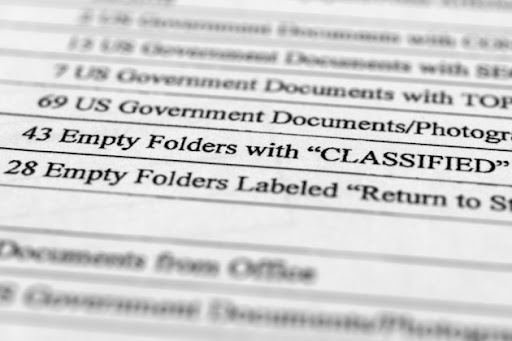 Donald Trump urged a federal judge Monday to keep in place her order that blocked the Justice Department from continuing its criminal investigation into the highly sensitive government records stashed in the basement of his Mar-a-Lago estate.
The filing, a response to prosecutors’ warning that U.S. District Judge Aileen Cannon’s unorthodox directive — preventing FBI investigators from accessing the files seized in their Aug. 8 search — was harming national security, urges the Trump-appointed judge to stay the course.
“In what at its core is a document storage dispute that has spiraled out of control, the Government wrongfully seeks to criminalize the possession by the 45th President of his own Presidential and personal records,” Trump’s attorneys wrote in a 21-page filing.
Read the latest
*A page from a FBI property list of items seized from former President Donald Trump's Mar-a-Lago estate and made public by the Department of Justice are photographed. | Jon Elswick/AP Photo
Postado por Joaquim Carlos às 08:37