Breaking News: Fetterman to POLITICO: I will debate Oz 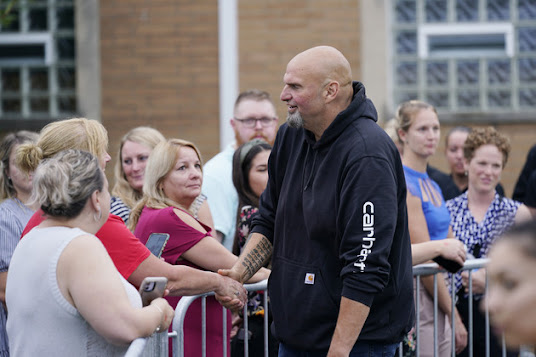 John Fetterman said he is committing to attending one debate with his Republican opponent, Mehmet Oz, in the closely watched battle for the Senate in Pennsylvania, but his campaign is still discussing accommodations for his auditory processing problems.
The announcement comes as Oz has ramped up pressure on Fetterman, who suffered a stroke in May, to agree to a series of debates beginning in early September.
“We’re absolutely going to debate Dr. Oz, and that was really always our intent to do that,” Fetterman told POLITICO in an exclusive interview. “It was just simply only ever been about addressing some of the lingering issues of the stroke, the auditory processing, and we're going to be able to work that out.”
Fetterman declined to specify which debate he will attend or provide an exact date for it, though he said it will “be sometime in the middle to end of October” on a “major television station” in the state.
Read the latest
Fonte: Politico
Postado por Joaquim Carlos às 00:34