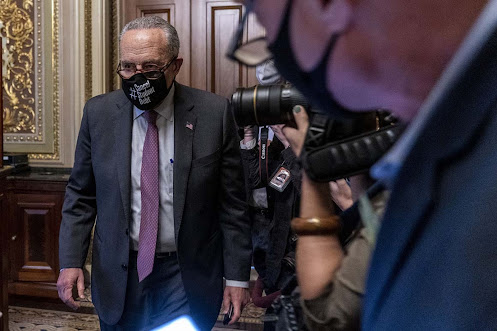 Senate leaders clinched a deal on Thursday to steer the nation away from a fiscal cliff that would hit in less than two weeks, pushing their debt ceiling stalemate into December.
The Senate could pass the measure as soon as Thursday afternoon, but the short-term fix merely punts a standoff that has already dragged on for months. The timing now coincides with a deadline to avert a government shutdown that hits Dec. 3, creating a fiscal pileup around the holidays.
Read more: https://www.politico.com/news/2021/10/07/senate-leaders-strike-deal-on-short-term-debt-limit-patch-515578
Fonte: POLITICO
Postado por Joaquim Carlos às 16:08