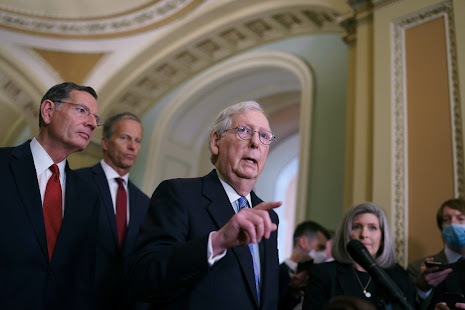 McConnell will let Democrats raise the debt ceiling into December without filibustering the bill, kicking the can on the fight over the debt. But even as they accepted part of McConnell’s entreaties, they said they will not bend on rejecting his demands that they use budget reconciliation for a longer debt ceiling increase.